Can YouTube become a portal for free, independent movies in the living room? 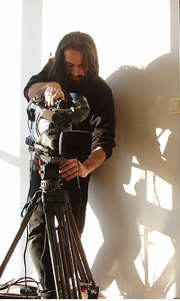 A bunch of sites and publications are writing today about YouTube’s new inclusion of long-form video and how it could revolutionize Google’s video sharing service. In reality, it’s not all that new. Over a year ago, YouTube allowed two aspiring filmmakers to place their 71-minute feature, Four Eyed Monsters, on the site. But it still could be revolutionary.

The real question to me is if YouTube, in association with various set-top boxes, can become an independent film launch-pad?

By independent, I don’t mean films by studios such as Miramax, I mean self-made, self-funded films by new filmmakers.

Right now, for the most part, people watch YouTube while sitting at their computers. If you’re anything like me, you can only do this for so long. I’m certainly not going to sit there and watch a feature-length film.

Some users have other set-ups such as huge monitors or computers hooked up to their televisions, but for YouTube to really take-off as an independent feature-film showcase, it has to get onto your television.

YouTube knows this. In a post just last week it outlined all the various ways that YouTube content is now being piped into the living room. These include the Apple TV, select Sony Bravia TV sets, IPTV startup Verismo and soon the digital video recording device TiVo, among others.

Would you watch a feature-length independent film on YouTube piped through your Apple TV if it was free?

If over a million people have already watched one, presumably the vast majority on their computers, as is the case with Harold Buttleman, Daredevil Stuntman, I can’t see any reason why the answer would be “no.”

In a post last year I wondered if YouTube couldn’t become the de-facto mini Independent movie studio. That hasn’t happened yet, but with a new emphasis on longer-form content and more paths into the living room, it could.

One question that remains, as always, is how YouTube would monetize any feature length films that go directly to your television? It seems inevitable that we’ll see some sort of AdSense for Video ads on these eventually, but will that be enough for such a format to make sense for the filmmakers and YouTube?

Well, as long as the filmmakers don’t expect to make a ton of money off of the content and rather see it as a promotional tool for their work, YouTube shouldn’t have too much trouble covering its own costs and making a fair amount of money, as Silicon Alley Insider breaks down.

Below: Watch Harold Buttleman, Daredevil Stuntman in all its 95 minute glory.

No responses to "Can YouTube become a portal for free, independent movies in the living room?"