Twitter kills SMS service in some countries over costs. Will someone kill SMS already? 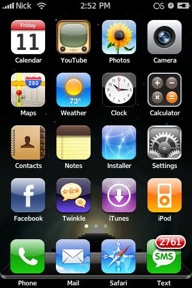 I’ve got some bad news for you if you’re addicted to the micro-messaging service Twitter and don’t live in the United States, Canada or India you’re about to get shafted. Twitter killed outbound SMS (text message) updates to all but those three countries today as rising costs made it impractical.

Twitter had been footing the bill for up until now, according to a post on its blog. The problem lie in that while sending one SMS update to the service is easy, it has to turn around and send out SMS updates to all of your followers who have chosen to use that feature. That could be hundreds if not thousands of people. And it will only get worse as Twitter continues to grow.

The reason it’s keeping the service alive in the U.S., Canada and India is simply because Twitter has established reciprocal relationships with mobile operators in these countries. It’s been known for some time that Twitter actually makes a little bit of money off of text message updates, and it’s likely all from these three countries.

“It pains us to take this measure. However, we need to avoid placing undue burden on our company and our service. Even with a limit of 250 messages received per week, it could cost Twitter about $1,000 per user, per year to send SMS outside of Canada, India, or the US. It makes more sense for us to establish fair billing arrangements with mobile operators than it does to pass these high fees on to our users.”

The service says it will continue to try and establish relationships with mobile operators in other countries to bring back the SMS outboud updates there. Until then it gives a list of web and native applications that work with Twitter and bypass SMS. 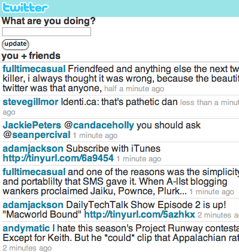 Look, SMS is great in that it connects so many people around the world. But the fees associated with it are an absolute joke. It’s a very small amount of data yet carriers seem to think it’s okay to charge an arm and a leg for it. In the United States, AT&T switched its policy with the iPhone 3G and no longer included any text messages in its plans for the device. Now, if you want to send message it’s $5 for 200 of them. That is ridiculous when you already paying for “unlimited” data.

The fact that you can now use mobile instant messaging services on many phones and doing so on plans with unlimited data will be significantly cheaper for a more complex service should show just how ridiculous SMS rates are.

It’s not going to die anytime soon, but I believe mobile operators will start to include unlimited text messaging in their “unlimited” plans. Consumers will soon wake up and demand it. Sprint already does this with its Everything plan.

If that shift doesn’t happen, eventually something on the mobile web, whether it’s instant messaging or some other form of communication, will wipe out the text message.

This news today also shows why it’s imperative for Twitter to create a solid mobile application. Sure, some of the third party ones are nice, but the future of Twitter is mobile; it needs to fully embrace it.

You can find me on Twitter here along with fellow VentureBeat writers Eric Eldon, Dean Takahashi, Anthony Ha, Chris Morrison and Dan Kaplan. Oh, and we have a VentureBeat account (for our posts) as well.

[photo: flickr/NickStarr -- and yes, he says those are all Twitter text messages]

This entry was posted on Wednesday, August 13th, 2008 at 9:12 pm and is filed under Uncategorized. You can follow any responses to this entry through the RSS 2.0 feed. You can leave a response, or trackback from your own site.